With Theo's six month birthday happening this coming week, I got a hankering to feed him cereal, the gateway to solids.
He loves sitting in the high chair and watching everyone at the table. While the first time is a rarely a complete success, he does enjoy his spoons a lot.

Here are some shots and a short video: 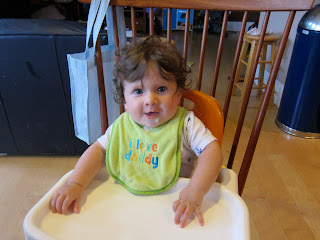 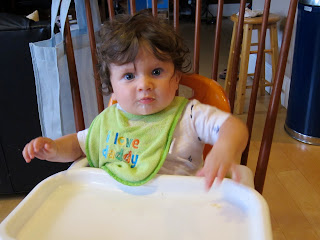 When Sophia was born, my mom got her/me my favorite book from childhood - Billy & Blaze. I must have checked the book out (no exaggeration) over 200 times from my school library. I still remember it's green and ivory cover, hard back with cellophane over it. It's about 20 pages with pen & ink drawings. A boy, his horse and a dog. What's not to love!

The other night, Sophia asked me to read "The Horsey Book" and handed it to me. Despite the length, she was engaged for the whole story and I couldn't have been happier to read it to her. I will read it to her any and every night she wants me to. Hopefully, she'll enjoy reading it on her own just as I did.

What's Sophia up To?

I feel like it's been quite some time since I posted about Sophia.
As she is 2.9 years old, her development never ceases to amaze me. She is really and truly edging out of Toddler into post-toddler hood (or whatever it's called.)

The quick facts:
- Starting to work on potty training. She's got all the readiness, Mom & Dad just lacking the drive. We'll get there.

- Her language skills are amazing to me. She can sing full songs and talk in real sentences and ask funny questions. Happily, we haven't moved into the "Why" phase yet, but rather "What's that Mama?" which somehow I find far less grating. She also points out at traffic lights (with hand signals to match), "Red means stop." "Green means go." "Yellow means sloooow down caterpillar."

- Naps - she either naps epically - for 2-3 hours or is too excited to even bother napping at all. Less pleasant option, but she holds it together well. 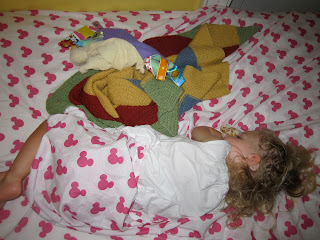 - Bedtime sleep - she is still working her delay tactics (milk, water) but not as ferociously or frequently. We've done a lot to try to head them off at the pass.

- Skills - riding her bike like a champ. She loves to stick her legs out like a flying V as she goes down hill. It's awesome - we have to run to catch up. "Cooking" - she loves cooking in her kitchen and helping me with real cooking. She uses her whisk to put the final touches on the pancake batter during pancake Fridays. She can also climb into her car seat and buckle the top buckle. Makes getting everyone into the car a little quicker. 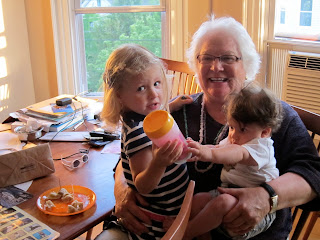 - People - She is really getting to know and spend time with her family members - from Nana & Pop Pop, to Grandma to Aunt Hayley and Uncle Cameron, as well as friends and places in Newport. It's like the line from the movie "She's become aware!"


- Books - She runs the gamut on books. Current favorites are Down by the Cool of the Pool, Aesops Fox Fables, any "Boy" books that people have given to Theo. (This actually really excites me - she loves dump trucks and backhoe loaders and all sorts of trucks.) 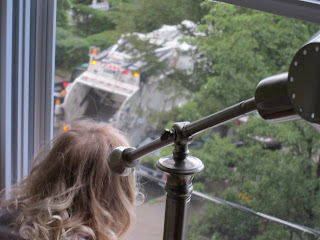 - Garbage Trucks - She is obsessed with watching the garbage men. Nothing is cuter than Dave going in on Thursday mornings to wake her up to watch.

- Party Tricks - She has inherited my ability to play "Name that Tune" - she can guess most songs that she has heard before in the first 3-5 notes. If it's Gold on the Ceiling, 2 notes. Rumor Has it, 3. Old MacDonald - 1. She also is starting to recognize artists - She loves Little Lion Man by Mumford & Sons. She heard their new song on the radio the other day and said "It's the Lion Song...but different!" She also can sing all the lyrics to the songs as well. 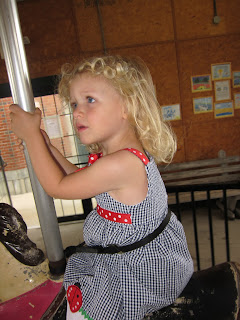 - Likes - The Carousel in Newport, The Beach (any!), Hot Dogs (I've given up the fight), Bull-loni (our friends dog - any dog, really), Mickey's Club House, any of Theo's toys that he is currently playing with or even thinking about playing with and Boo Boo Chickens (not real - made up friends),  ShuShu (Nonni's husband). 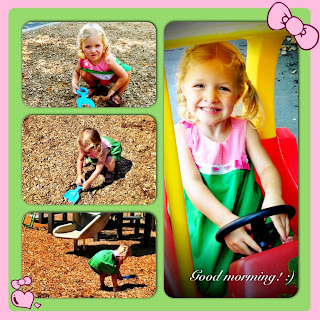 - Endearing moment - when she & I get to sing Twinkle Twinkle before she goes to sleep. She just looks up at me. It's wonderful.

There will be no pictures to help along with this blog. Just use your imagination.

Dave was traveling for work, so I was left to get both kids to bed. Neither are difficult, but being that they generally go down about the same time and Theo nurses to sleep, the juggling can be difficult.
He is also in the easily distracted time, which adds to the fun when Sophia wants to "entertain" her little brother. Sigh...

So there we are in Theo's room. I'm nursing Theo and Sophia is hanging out playing on the floor. Before her bath, we always do "naked butt time" with no diaper to let her air out. So I ask her to take her diaper off, which she does willingly. To my surprise, she has a poopy diaper. And thus, a poopy behind that need cleaning.

So I'm in the rocking chair and can reach the wipes. The only way for this to happen and to have any hope of Theo going down is to clean her bottom while still nursing Theo. That and I don't want poop on the rug, which she so wants to sit on to continue playing. She has recently taken to "doing yoga" and stretching with me, so upon request Sophia happily assumes "Downward Dog" so I can clean her bum and then she returns to playing.

Luckily, I can also reach the hand sanitizer as well

Theo quickly conks out, I wash my hands again with actual running water and on to the bedtime routine with Sophia.