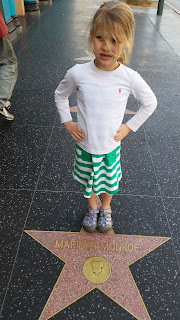 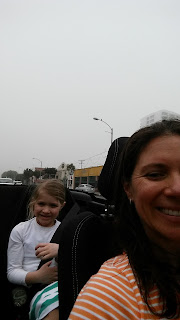 Day 2 of the vacation brought us fog and chilly (for LA) temperatures. But that didn't stop us from dropping the top in our convertible to do some cruising downtown to check out the walk of fame. 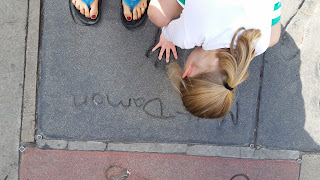 After, we got our bikes and headed from Venice Beach to the Santa Monica Pier. They have a ton of rides there and being a random cloudy Wednesday, no one was around! First stop, per Sophia's request, was the Roller Coaster. We went twice in a row - sorry, no pictures, but it was a good, stomach dropping time. We rode all of the rides at least twice, including the bumper cars, which I hadn't been on in years. It was just Sophia and I on them and I haven't laughed that hard in so very long. It was great. 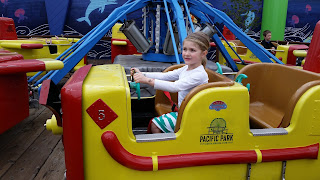 We got a good long ride on the Ferris Wheel, though unfortunately with the fog, we couldn't see much of anything. But it was still a good time! We had a nice bike ride home, including a long stop at the park so Sophia could have some kid-playtime and then a stop at the skate park on the beach. I think she's inspired to get on a skateboard. 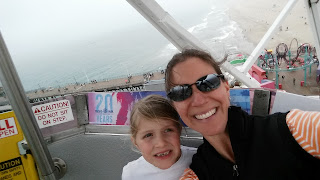 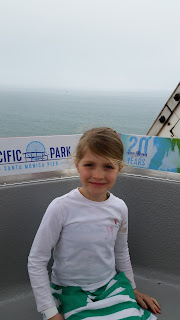